The kitchen garden at Tysoe Manor was not a Victorian creation. Two walls (the south and east facing walls) were built in the 1930s. They were built as a project to provide work for local brickworks and builders. We do not know why the other two walls were not built.

Like most kitchen gardens the main glasshouse on the south facing wall had collapsed and been demolished long before we arrived. The only remnants from the 1930s when we arrived in 2007 were the Dutch cold frames and the glasshouse boiler and a few broken iron pipes.

The late 1980s saw a renewal of interest in Victorian Kitchen Gardens. This was due in large part to the 1987 BBC programme. This programme followed month by month, the life in the restored kitchen garden at Chilton Foliat. This captured our imagination. Working for ICL, Michael saw several examples of former kitchen gardens being used as car parks at Wokefield Park and Beaumont (near Windsor). It was a short step from here to knowing that what we wanted to do in our retirement was to restore one of these features of the English country landscape. But we had to start before we retired – this was going to be hard work, just as it was for our Victorian predecessors.

We started looking in 2004. Sue was in charge of the search! It soon became apparent we need to find a manor house for sale where the kitchen garden was being sold separately from the manor house. In 2007 we were fortunate enough to find this situation in Tysoe.

First spade in the ground

It was not ideal because there were only two walls so the microclimate of a traditional walled garden was not available. In addition on one of our early visits we found a muntjac deer trapped in the cage the last gardener had erected to try and produce!

So we applied for planning permission to erect the other two walls. It took us 9 months to convince the planning authorities we hadn’t taken leave of our senses. So The Great Wall of Tysoe, which encloses an acre was built and in December 2008 we moved into what had been the gardener’s cottage and got to work. 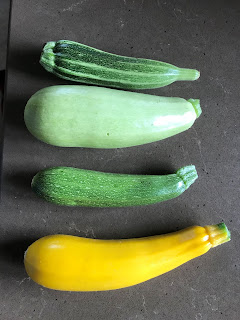